In the past hundred years, two major financial-market and two nuclear meltdowns occurred: The global financial crises of 1929 and 2008, and the core melts of Chernobyl (1986) and Fukushima (2011), respectively.  What do the financial industry and the nuclear industry have in common? How effective is government regulation in both markets? Banking and nuclear power plants are not that different. In both cases, risks are not normally distributed, and tail events have such catastrophic outcomes that they warrant particularly strict risk management. Reactor failures are a lot more common than what is widely assumed. On Wikipedia alone, 18 major reactor failures are listed; most likely, many more remain unreported or have gone unnoticed. Equally, financial crises are quite frequent. The “Black Monday” (1987); the U.S. savings & loan crisis (1989); the Mexican (1994), the Russian and the Argentine crises (1994, 1998 and 1999 respectively); or the “dot-com” bubble burst (2001), just to name a few. But neither the frequent minor nuclear failures nor the reoccurring local financial market crises are what is most worrisome, but the low probability of a major disaster. In those high-consequence accidents, negative externalities in both the nuclear and financial industry exceed what would be considered the worst-case-scenario in other industries.

At the Nuclear Enterprise Conference (October 3-4, 2011), John B. Taylor and Frank A. Wolak presented a paper on the comparison of government regulation in the financial services and nuclear power industries. They concluded that “the safety record in the nuclear power sector is much better than the record in financial services in the United States, as evidenced by the recent severe financial crisis and the lack of a major nuclear incident since Three Mile Island”. (The fact that the Fukushima accident happened merely seven months prior did not concern the authors, as they only focused on U.S. nuclear power plants.) The study raises two important questions: How effective is government regulation in minimizing catastrophic risks; how much of “regulatory capture” takes place in highly-regulated industries?

“Regulatory capture” describes a situation in which regulatory agents advances the commercial or special concerns of interest groups that dominate the industry or sector it is charged with regulating. Both, the nuclear industry and the financial market regulators are widely cited as classic cases of captured regulators. In the U.S., the Nuclear Regulatory Commission (NRC) has never ever turned down a license request by a reactor operator, not even an application for extension 10 days after the Fukushima meltdown for a nuclear plant when the state legislature had voted overwhelmingly to deny such an extension. The Japanese Nuclear and Industrial Safety Agency (NISA) was actually fulfilling its function so badly that it was abolished in 2012. The track record of financial market regulators is not much better. In the U.S., the Department of Housing and Urban Development, which is charged with ensuring the capital adequacy and financial safety and soundness of two government sponsored enterprises Fannie Mae and Freddie Mac, failed to detect questionable behavior and excessive risk taking, which contributed to the mortgage crisis. Many regulators are led by former investment bankers, such as Mario Draghi (President of the European Central Bank), Timothy Geithner (president of the Federal Reserve Bank of New York from 2003 to 2009) and Gary Gensler (chairman of the U.S. Commodity Futures Trading Commission from 2009 to 2014), all three formerly acting as Goldman Sachs managers. Lawrence G. Baxter writes that “sometimes it seems almost as if the United States Treasury (not to mention the staff of the White House itself) is run by a cadre of officials who were either recently members of Goldman Sachs or who had spent most of their waking hours interacting with the CEOs of Goldman, JP Morgan, Citi and other New York banking giants. One might be excused for assuming that the atmosphere between Big Finance and its regulators more accurately resembles the congeniality of an exclusive club than the formal relationship between regulators and a powerful industry”[1].

While there is plenty of evidence that regulatory capture in the nuclear industry as well as in the financial market industry is detrimental to the society’s ability to reduce risks of high-consequence accidents, it also becomes obvious that increasing regulation changes the very nature of the industry it regulates. Often, it is argued that because an industry is highly concentrated it needs to be regulated. However, regulation itself can be a cause for concentration. For example, exponentially growing regulatory requirements for certain financial market transactions create such an amount of fix costs (regulatory overhead costs) that it makes it unprofitable for smaller, marginal players. At the extreme, a formerly competitive business plagued by heavy regulation becomes a natural monopoly. Maybe it is no coincident that the most heavily regulated industries are also the most concentrated ones, and vice versa. Some market participants will benefit from (over-)regulation, as it provides a regulatory entry-barrier for new competitors and creates an adventurous cost structure for larger players.

Another important aspect of regulation is the question to which degree it changes the competitive market environment (apart from causing concentration), which in itself can become the cause of a high-consequence accident or the market’s inability to deal with such accident. To illustrate the potential impact regulatory change can have on the market dynamics let’s look at how turning former broker/dealers into bank holding companies changed volumes in corporate new issuance during the month of December. Prior to the financial market crisis, major broker/dealers had selected different fiscal year-ends. While many opted for a fiscal year end to coincide with the calendar year end (ie, in December), there were others with a fiscal year end in November (Morgan Stanley, Goldman Sachs, Bear Stearns, Lehman, Jeffreys), March (MF Global) or October (RBC). Because financial institutions tend to reduce business activity close to their fiscal year end that makes their balance sheet look less attractive, it is important that not all banks engage in balance sheet “window dressing” at the same point in time. As a result of the financial market crisis, some broker/ dealers with off-cycle fiscal year-ends ceased to exist (Bear Stearns, Lehman, and later MF Global). Others transformed themselves into bank holding companies in September of 2008 to benefit from the $700bn rescue package (Morgan Stanley, Goldman Sachs), switching to a December fiscal year-end in the process. There are now only very few market participants with off-cycle fiscal year ends left (RBC and Jeffreys), which most likely has an adverse affect on market liquidity at year-end. This can be seen when looking at corporate new issuance during the month of December as a percentage of corporate new issuance in November, which declined from about 120% in 2005 to below-40% in 2011. When corporates issue new debt, banks part of the syndication are often holding some part of the new debt securities on their own book (before it can be distributed among end-investors). Also, interest rate swaps are often provided on top of corporate new issuance to change the duration profile for the issuer. Both activities are “balance sheet intensive” and can collide with the goal to show a “healthy balance sheet” at the fiscal year-end. Therefore, it may be more than a coincident that corporate new issuance in the month of December has declined significantly since 2008.[2]

In some cases, regulation itself may be considered to be the unintended trigger for a market dislocation. For example, some people argue that the excesses of high-speed (flash) trading are a direct consequence of SEC regulation in 2005 disrupting the specialist market making process under which Wall Street has been operating since stockbrokers under a buttonwood tree on Wall Street signed the Buttonwood Agreement in 1792.[3]

A more recent example of regulatory pressure on the market microstructure in the financial markets is the regulatory pressure on Deutsche Bank to give up its universal banking model in favor of a Glass-Steagall-style separation between commercial and investment banking (“Trennbankensystem”). Once regulators effectively reduced the diversity in the financial markets, there is a risk that at some point in the future universal banks would be needed to avert a potential meltdown, but are no longer around. While this scenario seems hypothetical, it does not strike me to be less likely than, say, a 9.0 earthquake in the Pacific ocean, triggering a tsunami with waves as high as 40.5 meters, which then hit a nuclear power plant located at the coast of Japan. Once Deutsche Bank is split into two pieces, a “Deutsche Commercial Bank” and a “Deutsche Investment Bank”, both institutions, together, will not behave the same as one Deutsche Universal Bank would have. For example, during times of stress, “Deutsche Investment Bank” may behave akin to a Hedge Fund, reducing risk and refusing to provide liquidity (or even accelerating the crisis by taking speculative positions), while “Deutsche Commercial Bank” may lack the ability, mandate and organizational set-up to effectively stabilize the market.

Does the one-and-only business model favored by regulators reduce diversity, competition and innovation, causing a corporate monoculture potentially giving birth to the next crisis? I posed this question to a senior officer at the German Monopolies Commission (Monopolkommission), an independent expert committee, which advises the German government and legislature in the areas of competition policy-making, competition law, and regulation. Requesting not to be quoted by name, the officer acknowledged that we don’t know the challenges of the future and therefore one should not interfere too much with corporate structures.

In summary, the regulatory bodies of both, the nuclear and the banking industry have tainted track records as far as preventing meltdowns is concerned. In both cases, regulatory capture is a serious issue. As far as financial markets are concerned, regulation also causes distortions and eliminates diversity of possible business models. This in combination with potentially causing higher-concentrated (ie, less competitive) markets, regulation could in fact spark or intensify the next crisis.

[1] Lawrence G. Baxter, Understanding Regulatory Capture: An Academic Perspective from the United States, in The Making of Good Financial Regulation: Towards a Policy Response to Regulatory Capture 31-39 (Stefano Pagliari, ed., 2012).

[2] Fidelio Tata, “Does regulation cause an increase in concentration in the derivative market?”, working paper 2014.

[1] Lawrence G. Baxter, Understanding Regulatory Capture: An Academic Perspective from the United States, in The Making of Good Financial Regulation: Towards a Policy Response to Regulatory Capture 31-39 (Stefano Pagliari, ed., 2012).

[2] Fidelio Tata, “Does regulation cause an increase in concentration in the derivative market?”, working paper 2014. 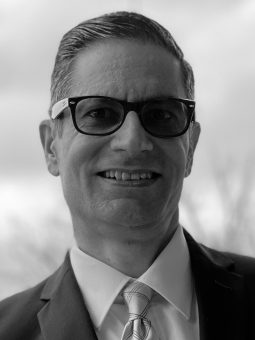